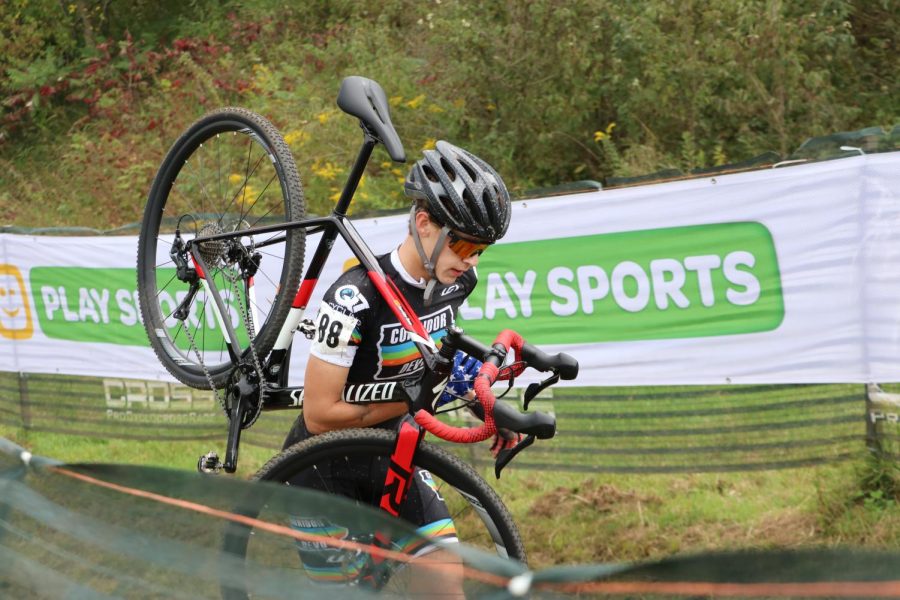 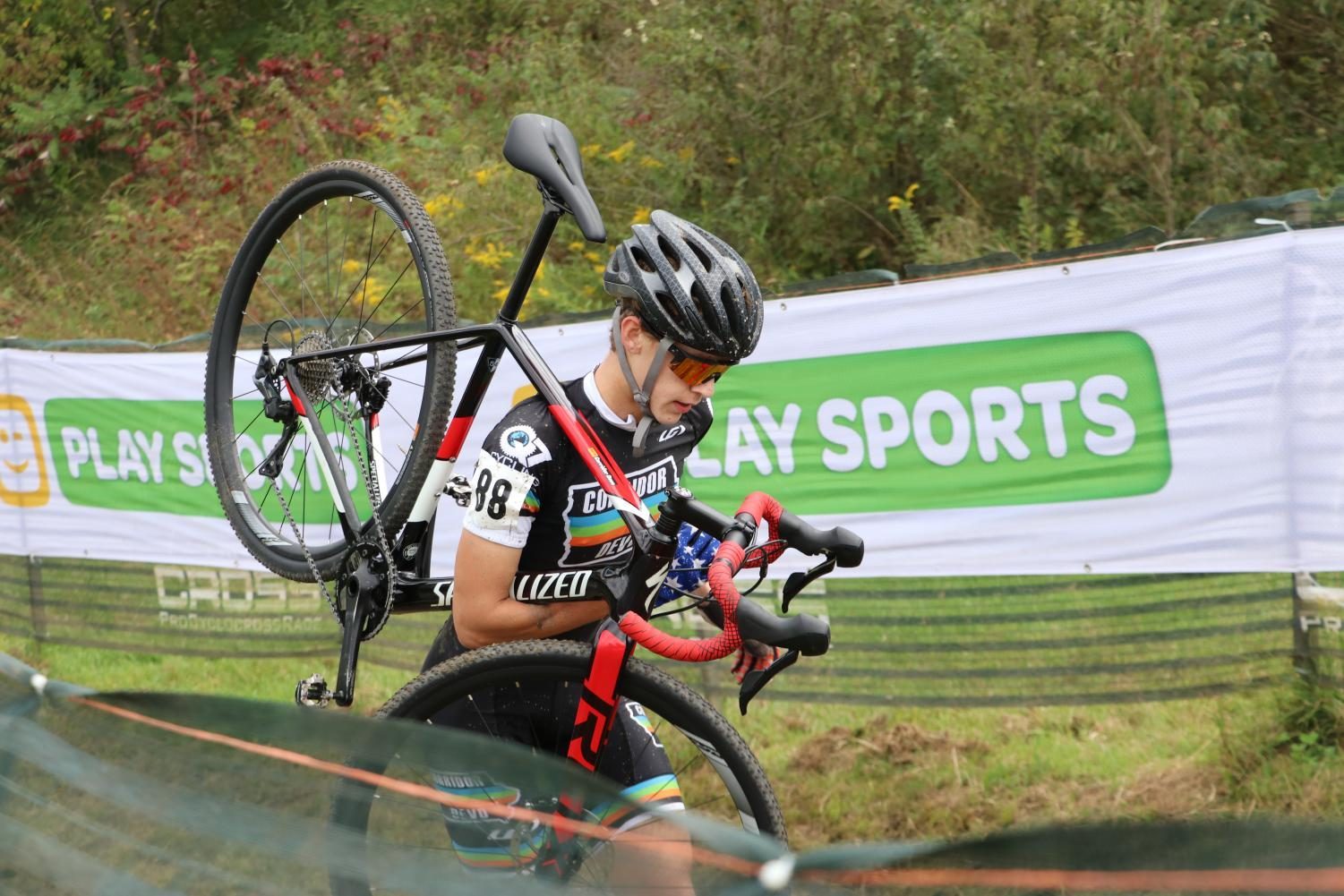 Alone, cross country is demanding enough. Now take biking and mash the two together. Then, just throw some mud, hills and barriers into the mix. Finally, you’ve got cyclocross.

Luke Arens ’21 has faced this challenging mash-up in person. Often regarded as one of the toughest forms of cycling, cyclocross features a variety of difficult obstacles that can trip up the racer. These include logs that the biker has to jump over and thick mud that causes them to resort to carrying the bicycle.

“After [my] first race, I’d crashed five times—bloodied elbows and knees,” Arens said. “After that I knew it was going to be challenging and I was up for a fun challenge.”

“After that I knew it was going to be challenging and I was up for a fun challenge.” ”

With daily practice on his personal bike trainer at home and skill training every Wednesday, Arens is able to better tackle jumps, corners and off-camber turns. A few of his biggest races include the Union Cycliste International, an international junior race in Louisville, and a World Cup race in Wisconsin, which boasted many top riders from the US and various European countries.

Arens now mentors younger members in Corridor Devo, a local racing team, and greatly values the many relationships he has made through biking.

“There’s a big community inside cyclocross and biking in general. I met so many people, so many friends,” Arens said. “It’s just fun that no matter where I go, I always see someone that I know, and it’s just cool to meet people and branch out.”