Sports Editor Joe Goodman '20 ranks the best and worst West High uniforms of the past 20 years.

Worst of the worst

Over the past 20 years, there have been plenty of bold uniform choices from every program at West. While the school colors are currently dark green and Vegas gold, West High coaches have been playing with a variety of colors and styles since the turn of the century.

There have been some good uniforms, some bad and a few ugly. Then there are the very ugly.

Head coach Charlie Stumpff has always been an advocate for the use of cursive on his uniforms since he took over the program in the early 1990s, but this might just be too much. There’s hardly anything wrong with this uniform apart from the cap, but unfortunately, this hat displays one of the ugliest looking letters found on any West High uniform.

I think both Stumpff and I would agree the new script ‘W’ that has become a staple on the uniforms since 2013 far exceeds its archaic-looking predecessor.

Putting wings on the side of a wrestling uniform is a daring move, and one that I applaud greatly. These uniforms, however, never got off the ground.

These uniforms might be better suited for the high-flying WWE than the traditional Iowa high school wrestling.

Black visors, white skirts, turquoise tops and a lime green stripe. Despite being almost unrecognizable as belonging to West High, this uniform wouldn’t be terrible if there was any consistency in colors.

Spectators must have had a hard time watching the team in this uniform, especially considering that it blends into the green surface of the court.

There’s a reason the boys cross country team only used these white tank tops for one season.

The attempt to redesign the Trojan logo was quite the daunting task, and one that proved unsuccessful for this uniform that chose to omit the gold aspect from years prior.

For over 20 years, fans of the West High girls track team have been subject to the public eyesore that are the patented yellow uniforms. Glaring and obnoxious, the bright yellow monstrosities dominate all eight lanes of attention whenever the Women of Troy hit the track.

Old traditions seem to die hard for head coach Mike Parker, who to his credit has captured six state titles with his banana costumes since taking over the program in the 1990s.

The boys golf team has more uniform turnover than any program on this list due to its limited roster size, giving them plenty of opportunities to produce something hideous enough to land them in my top 10. Every golfer knows that mixing patterns is against proper golf etiquette, and the diagonal stripes and plaid on this outfit are clashing worse than Tiger Woods and Phil Mickelson at the 2001 Masters.

The knee-high sock and bright yellow coloration alone catapulted this uniform into the top 10. The fact that these uniforms look like they belong in an adult recreation basketball league is what helped them reach the top five.

I understand that it gets hot in the summer and that shorts might be better for the player’s well-being, but it’s not going to help your case in this list.

If swimmers thought they were safe on this list, they were surely mistaken. The combined City and West swim teams wore these stoplight-themed warmups during the early 2000s, proving that red should never be considered for any uniform worn by a West High athlete.

I’m sure the Trojan swimmers had no vote in these jackets, but there was no way I could walk away from this crime scene after witnessing the ugliest display of unity in our school’s history.

Maybe it’s the fade of the photograph, but these uniforms nearly look dark blue and the brand is unrecognizable. The vertical stripes are atrocious, and if it wasn’t for the ‘West’ on the bottom of the shorts one would think they were watching 14 officials out on the field.

Getting on the referee’s good side is part of the game, but you don’t need to dress like them.

There’s no better way to intimidate your opponent than slapping a ridiculous font on the front of your jersey. These uniforms are incredibly frustrating, because the design and color scheme are surprisingly excellent, only to be ruined by 12 letters in Comic Sans text.

The absolute worst part about these uniforms? They were renewed.

Not only did the athletic department approve these uniforms once, but they ordered another shipment in 2010 with the exact same font.

The potential for these uniforms and their ultimate demise from one simple error is cause for their number one ranking on the worst West High uniforms of the last 20 years.

Best of the best

Uniforms of West High athletes have been everywhere from the covers of national newspapers to the big screens of Hollywood. While there are plenty of well-designed jerseys on this list, there are also uniforms representing something bigger than the fabric itself, whether it be a rebuild or a return to tradition.

The greatest West High uniforms strike fear in their opponents, who have come to recognize the sheer look of green and gold as complete and utter dominance. Find out which uniform tops the list by reading below:

Head coach Barb Lynn is looking to rebuild the softball program with the help of some traditional uniforms. West High’s softball uniforms haven’t changed much since 2011, but the newest installment blends forest green with Vegas gold in nearly perfect fashion, with the stirrups only adding to the cohesion.

The ‘mudita’ mantra that embodies the teamwork of Lynn’s program will be well-represented in her team’s jerseys this summer.

Check out these new @ICWestBaseball uniforms in the video below 👀🥇

Shot and edited by Tosh Klever
Music by @ChaseCalderwood pic.twitter.com/SWmG029r2B

Although these uniforms have yet to see the field, the shining gold jerseys will be on full display for the Trojans this season as head coach Charlie Stumpff seeks his first state title. The uniform keeps its tradition intact with the classic script ‘W’ while also adding new patches displaying the American flag and a baseball.

The uniform also pays tribute to West High baseball player Austin “Flash” Schroeder ’18, whose life was cut short in 2015 after a long battle with cancer. The jerseys features a “Fight With Flash” patch on the right sleeve, keeping Schroeder’s memory alive in the program’s current uniforms.

While these uniforms may lack the sophistication and style of others on this list, these jerseys are undoubtedly the most feared of any outfit on the list. The boys basketball team never lost while wearing these home white jerseys, producing three straight state championships from 2012 to 2014.

The sustained success of these jerseys leaves fans with one simple question: why did we ever stop wearing them?

Long-time girls soccer coach Dave Rosenthal has always been an advocate for Adidas uniforms, and this just might be the best version of his team’s jerseys. The three stripes are instantly recognizable as the Adidas brand, giving these uniforms a nearly professional-level look during their time.

The girls soccer team captured a state title in 2004 wearing these green and white uniforms, cementing their legacy for years to come.

The newest programs to hop on the growing black uniform trend, the boys cross country team debuted these tanks last fall in head coach Josh Kidman’s second year. With Kidman’s strategy of pack running, these uniforms left opponents chasing the black mob of Trojans as the team grew in both confidence and speed throughout the season.

Although they are last to the trend, this won’t be the last black uniform on this list.

While the girls track outfits found themselves among the top 10 worst uniforms, the durability of the girls cross country uniforms land them among the school’s best. Up until this season, the program qualified for the state meet 24 years in a row, wearing the forest green top and shorts that never seem to fade in 13 of those years.

The timeless look of the girls cross country uniform embodies the tradition and long-standing success of its program. As long as Mike Parker is head coach, there seems to be no end in sight for one of the school’s most definitive designs.

Number 4 – Football “Back in Black” (current)

After a runner-up finish in 2017, the football team was feeling vengeful as they dominated opponents in the regular season the following year. Defensive coordinator Tyler Meade made the decision to unveil the black uniforms minutes before kickoff, sending the West High student section into pandemonium as the team took the field to ‘Back in Black’.

The black base meshes perfectly with the green and gold of the lettering, with the iconic gold helmets remaining as a reminder of the program’s first state championship in 1995.

With one of the more explosive offensive teams in recent memory, the boys basketball team debuted their black jerseys in the 2018-19 season to grand approval. Without the lettering across the chest, this might be tough to peg as a Trojan uniform without any traditional green and gold colors.

With its deviating style, this uniform embraced the black uniform trend to the fullest, giving Trojan fans a unique look to root for as the team soared high above the rim.

Following the loss of setter Caroline Found in 2011, the volleyball team pulled off one of the most improbable state championships in school history with the help of these classic white and green uniforms. The look is simple and timeless, incorporating both the gold and green aspects of the school’s colors while also hinting at the program’s future black uniforms.

The design has since been featured in the 2018 film The Miracle Season and immortalized across the country for fans of West High volleyball and the spirit of the 2011 team.

The girls basketball team’s black uniforms take the top spot on this list for both their symbolism and design. The sleek Nike uniforms are one of the school’s highest quality looks, incorporating the school’s traditional colors with its new black on black design.

The 2018 team entered the state championship against City High as a heavy underdog after losing to the Little Hawks twice in the regular season. The tight-knit group led by head coach BJ Mayer embraced their dark horse label en route to defeating City 56-45 to secure the title while wearing the best West High uniform of the last 20 years.

One Response to “Top 10 best and worst of West uniforms” 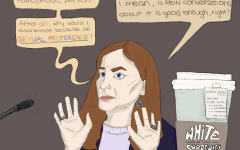 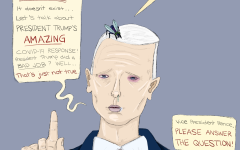 Caroline’s Comics: Pence versus a fly 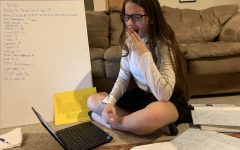 Rosemary’s Rambles: drowning in due dates 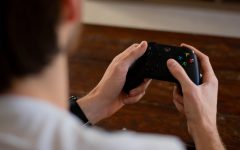 How video games saved my summer 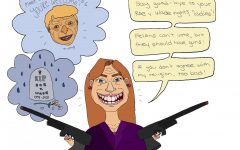 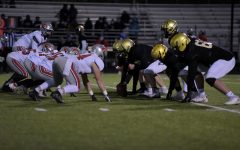 Football team advances to third round of playoffs 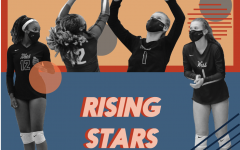 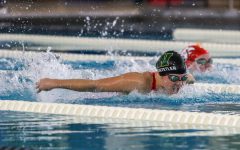 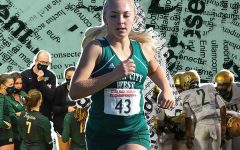 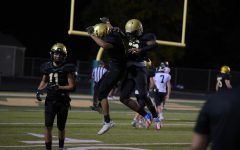