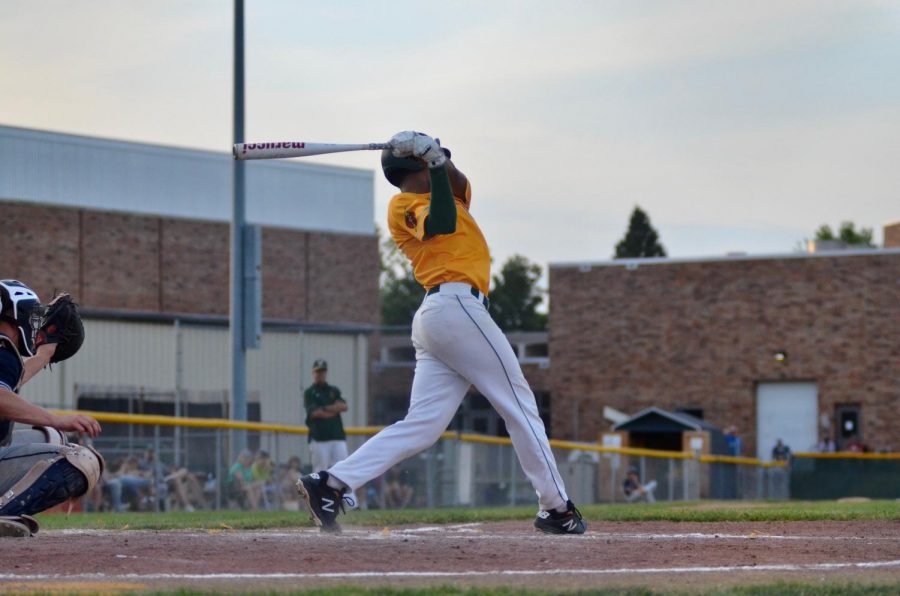 Marcus Morgan ’21 swings towards a ball while playing against Xavier.

The baseball team fell to Xavier 3-12 while the softball team split their double header against Prairie on June 18.

The boys’ baseball team has been back at practice since June 1, and finally had their first home game on June 18. However, the game didn’t go exactly as planned as Xavier’s lead grew throughout the game.

By the end of the fifth inning, Xavier already had three runs under their belt, whereas the Trojans were falling behind and not getting any runs until the sixth inning. However, many efforts were made throughout the game from third-baseman Will Hoeft ‘20 who hit a single in the second and fourth inning, and a double in the sixth.

The Trojans put up a strong fight against the Xavier Saints, and managed to get three runs in the sixth inning from Ben Vander Leest ‘20, Marcus Morgan ‘21, and Ian McAreavy ‘21.

Although this was a disappointing return to the season, players are learning from the experience.

“I’d say definitely just have to push through the hard times because you never know, maybe you will break it open and get a good comeback,” Vander Leest said.

Another issue the team has to face is losing many players from last year’s team.

Stumpff’s squad will be back in action next Tuesday in a doubleheader against crosstown rival Liberty. 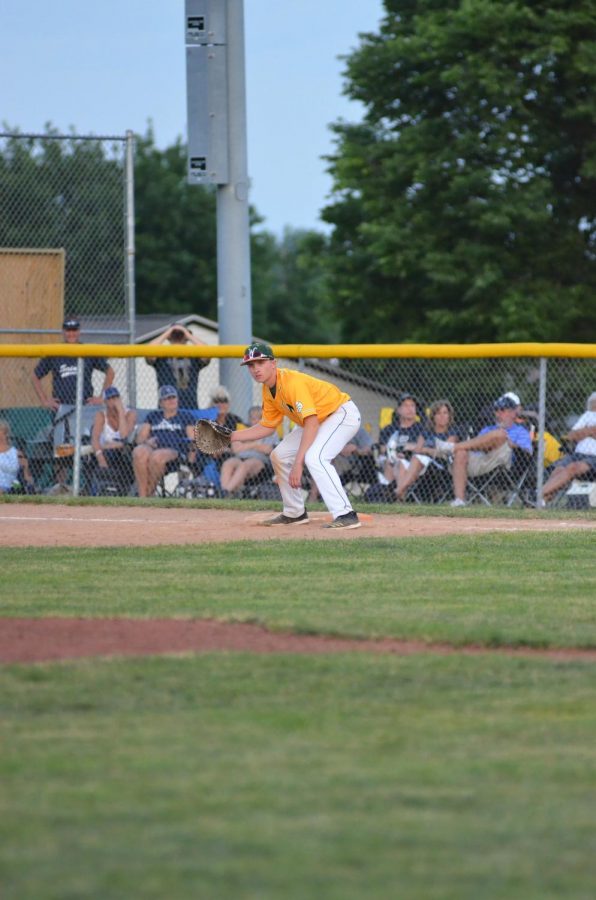 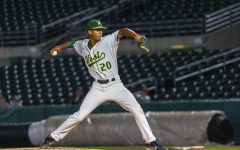 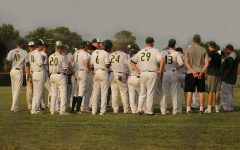 After nearly three months of empty Trojan fields, sports are officially back at West High.

Facing a field of limited spectators, the softball team struggled in the first inning of the first game. A communication error in the infield leads to runners on second and third base and Prairie put a runner on the plate, making the score 0-1.

The Women of Troy answered in the bottom of the first inning. Kiahna Hill ’20 hit a double, followed by another double from Liv Williams ’21 to put the Women of Troy up. Senior Kate Sehr supported her teammates well by hitting a single to drive in Williams from second. The first inning ended with a score of 2-1.

The momentum continued into the second inning when Hill hit a two-run home run and widened the lead.

The score stayed the same until the top of the fifth inning when bases were loaded for Prairie. After a visit from head coach Barb Lynn, all three runners scored and senior pitcher Eva Burbidge finished the inning with a strikeout, making the score 7-3.

The Women of Troy responded once again. Williams’s single sent Hill to second base which set up Kate Sehr ’20 to load the bases after she hit a single with only one out in the fifth inning. Sophomore Maddie Caylor’s bunt sent Hill home along with freshman Lexi Nash’s single. Designated hitter Ella Nelson ’23 kept the runners alive by hitting a double for an RBI to win 7-6.

In the second game of the doubleheader, Prairie demonstrated some energy. Tamiah Teran ’23 relieved Burbidge for the second game and the first inning was in the Hawks’ favor, which ended with a score of 4-0. By the fourth inning the score was 7-0. The game ended in the fifth inning by the mercy rule, 0-10.

Being able to have one last season was something second baseman Grace Schneider ’20 was hoping for.

“It feels really good getting to play because when the whole pandemic first started there was a thought that maybe we won’t be able to play and I know that was very heartbreaking for all of us seniors and all of the underclassmen that wanted to get to play with us again,” Schneider said. “Even if it was just a few games, anything is just awesome.”

The new circumstances caused by the pandemic were a significant change for the program.

“It’s a new normal that’s for sure,” said Head Coach Barb Lynn. “It takes a lot of extra time [and] the players have been great with it … We can’t really do the team bonding, things that we’d love to do, but we are out here playing and we’re taking advantage of each opportunity and each day that we get to play together.”

Despite the compacted schedule of games, Nash is determined to have a successful season.

“It’s relieving … I mean when you play softball you gotta love it,” Nash said. “It’s also kind of scary too because we only had two weeks to practice, so it’s kind of just getting back into the swing of things and trying to win and get as many runs as we can.”

The softball team will be back in action with another home doubleheader against Liberty High School on June 23. 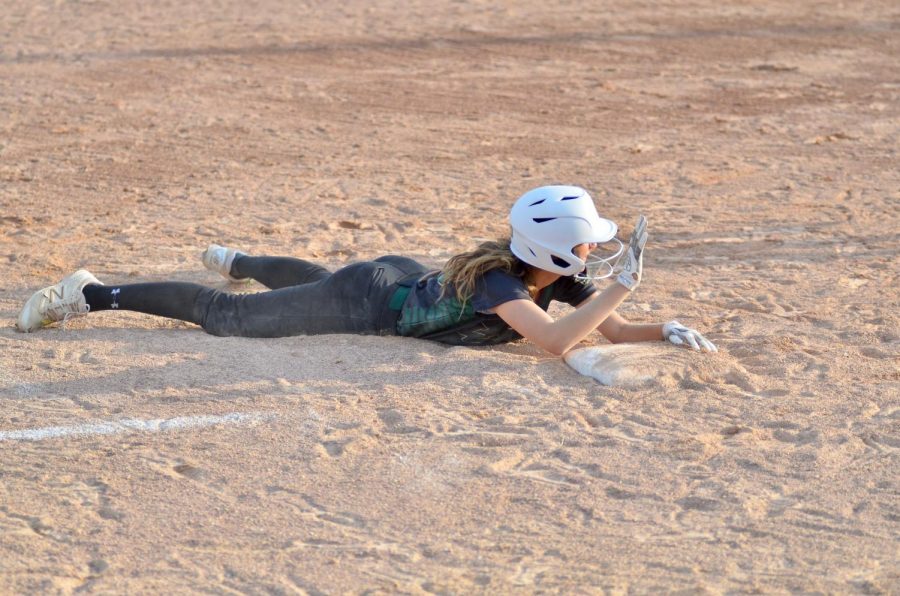 Gallery|17 Photos
Alyssa Skala
Grace Schneider '20 dives into third base during the first game of the doubleheader on June 18. “It feels really good getting to play because when the whole pandemic first started there was a thought that maybe we won’t be able to play," Schneider said.

Learning how to win