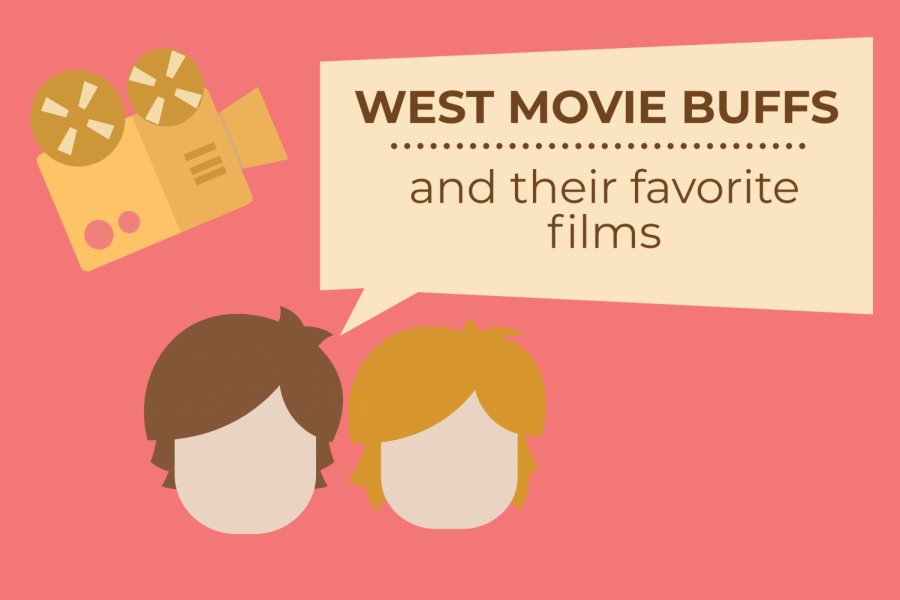 When talking about the movies, Westergaard said, “My two favorite films of all time are ‘Empire Strikes Back’ and ‘The Shining.’ I’m a die-hard ‘Star Wars’ fan, so I absolutely love the ‘Empire Strikes Back.’ ‘The Shining’ is definitely a close second, there is nothing quite like it, the whole film is a mystery. Both are also amazingly directed and acted.”

“Besides watching films, I also customize LEGO Minifigures,” Westergaard said. He features these LEGO creations on his Instagram account @samwestergaard. “I also watch a lot of anime, and help with the West anime club.”

“My favorite genres are sci-fi and horror,” said Westergaard. “I recently discovered this one film called ‘Final Exam.’ It’s this slasher film from the early 80s.”

“Final Exam” follows the story of several teenagers studying for their final college exam, as a mysterious killer butchers them one-by-one.

“‘Final Exam’ is based off previous slasher films, like ‘Friday the 13th,’ and ‘Halloween.’ However, it’s different from other slasher films because of the focuses on the teenagers who get killed rather than the killer. It’s really interesting, especially when looking at the slasher genre,” Westergaard said.

Sam Nester ‘21 is a veteran of theater west and a movie buff, whose fondness for film began at an early age.

“I think I was around six years old and I was digging through my some boxes in our storage room. And I found a VHS set of the movie ‘Titanic.’ And I kept watching it over and over again and then it kind of just sprouted from there.”

Nester reflected on how films have helped him recently saying, “Especially this year [movies] are kind of an escape from reality, and being sucked into a separate world, even for only like two or three hours at a time. They’re just like completely magical to me.”

A few of these movies that have accompanied Nester over the past few months are “The Witch,” “Hereditary” and “Booksmart.”

“‘The Witch’ is a mob mentality movie,” said Nester, “except it’s a war of a family just going at each other’s throats, and just going after one another and accusing people of being like a witch.”

As for why he likes “Hereditary” Nester said, “It’s the psychological aspect of it. It’s about like a woman’s grief like dealing with the death of her mother. And like other deaths in the family and it’s also a paranormal movie, and there’s a whole lot of elements that play into other and  just make it fantastic.”

“Booksmart,” which Nester discovered recently, is a 2019 high school comedy about two nerds trying to go to a party on their last day of high school.

“It’s hilarious and it has an amount of heart that makes it not sappy,” said Nester, “but there’s enough heart in it to make it stick with you.”