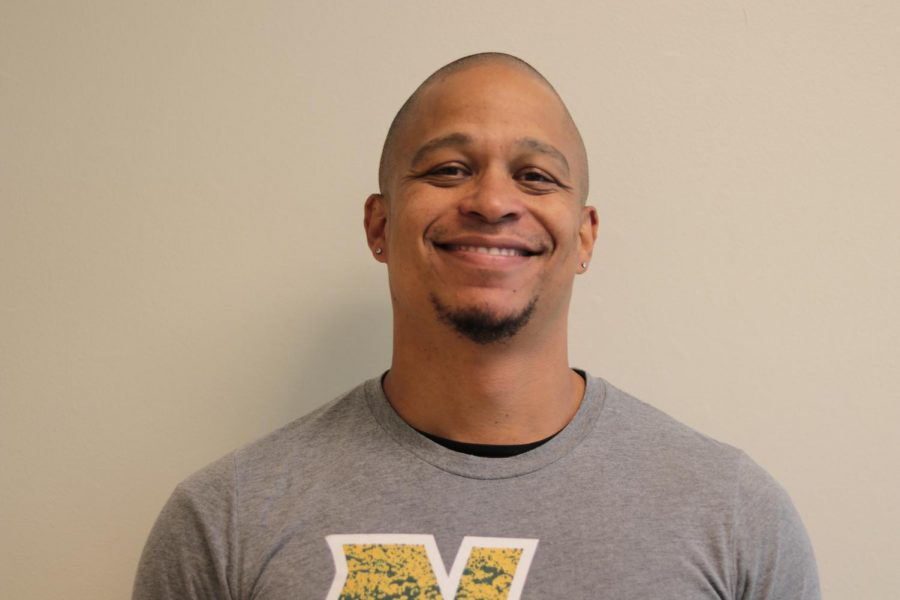 For English teacher Amari Nasafi, all it took to change his entire career path was a new literature course. After teaching Language Arts 7 at Northwest Junior High for 9 years, he decided to take up the opportunity to teach English 9 and the first African-American Literature class at West High. Nasafi returned to in-person learning as soon as possible after briefly teaching online during the 2020-2021 school year.

“A lot of the reason that I teach is that I get a lot of energy from interacting with people,” Nasafi said. “The amount of reduction in that from being online made it less enjoyable; it wasn’t as fun.”

That year, Nasafi was encouraged by colleagues to apply for the new job opening to teach African American Literature. However, it was not an easy decision for him to make.

“I had to think about it and ask a lot of people whose opinions I really trust because I was like ‘man I really love Northwest,’” he said. “It has nothing to do with Northwest being a place I wanted to leave, it’s all about me embarking on something new.”

It has nothing to do with Northwest being a place I wanted to leave, it’s all about me embarking on something new.”

Teaching during the pandemic has brought its own challenges for Nasafi, limiting his interactions with students due to mask-wearing and the lack of seeing his students’ facial expressions. However, Nasafi feels the biggest challenges for him so far this year have been categorized by changing schools and classes rather than teaching during the pandemic.

“It feels a little bit like your first year teaching because you’re getting acquainted with the curriculum and all of those things, but the vast majority of my experience has been super positive,” Nasafi said.

The vast majority of my experience has been super positive.”

Through his several years of teaching, Nasafi has continued to pursue his hobbies, the main one being drug-free bodybuilding. Starting in 2013, Nasafi has accomplished a lot in this area of his life, including winning an international tournament in 2019. Though he took a break from competing during the pandemic, he has continued to train hard and plans to compete again in 2022. Along with bodybuilding, Nasafi dedicates his time out of the classroom to being a husband and a dad, as well as reading good books.

In the classroom, one of Nasafi’s favorite parts about getting to teach is watching his students share their ideas and listening to them discuss important issues. Having insightful discussions has become the most energizing part of his job.

“I’m always learning from my students, but I feel like that’s really been happening a lot so far in African American Lit,” Nasafi said. “I’m hearing how [students] perceive these issues so differently than a lot of the people at my age do.”

Another valuable experience for Nasafi has been reconnecting many students he previously had. He described seeing how students have changed from being 12 to 17 as being uncanny, but in a good way.

Shifting from interacting with junior high students to high school students has also been  a challenge. Nasafi is working to calibrate his teaching style to better suit an older audience.

“I’m still trying to learn that balance because in my head I’m thinking, ‘Oh, they’re gonna be so serious,’” Nasafi said. “And [being goofy] is part of my personality, I’m not a super serious type of person and I was kind of concerned that that would have to all go away, but that hasn’t been the case.”

Even though it has been a bit anxiety-inducing to teach a completely new class in a new place, Nasafi is enjoying learning how to navigate alongside his students.

It’s like we’re all kind of on the discovery path together.”

“It’s like we’re all kind of on the discovery path together,” Nasafi said.