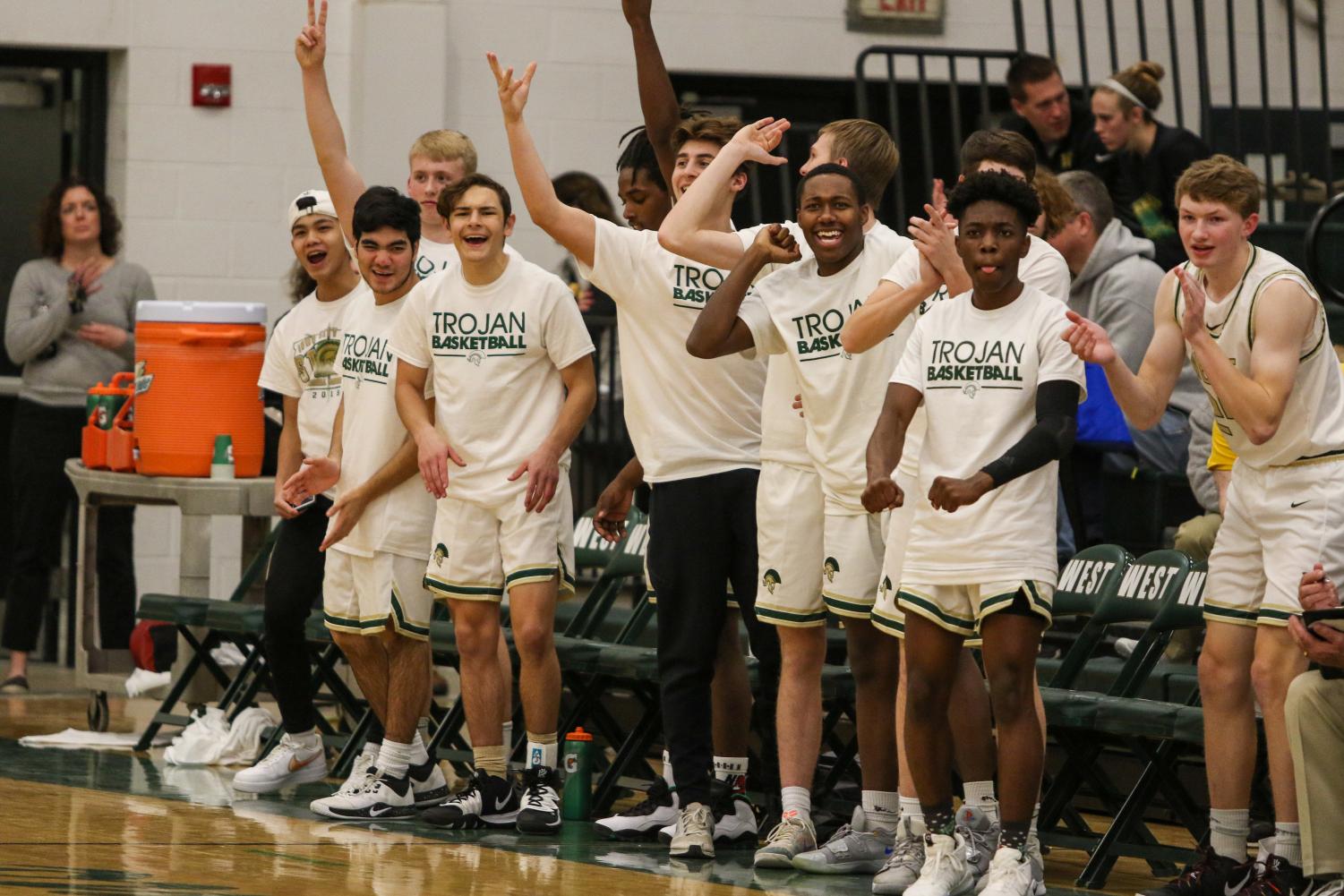 The West High bench celebrates a bucket against Linn-Mar on Dec. 20. (Owen Aanestad)

The West High bench celebrates a bucket against Linn-Mar on Dec. 20.

Both the girls and boys basketball teams pick up MVC victories against Linn-Mar on Dec. 20.

Girls get back on track with win over Linn-Mar

Despite Linn-Mar’s 2-5 record coming into the night the biggest question for the Women of Troy was how they would respond to yet another tough night in the MVC. Coming off a 56-48 loss to Dubuque Senior the girls basketball team rebounds with a 56-48  win against Linn-Mar on Dec. 20.

Early both teams struggled to score but with a late first quarter Meena Tate ’23 three and two Matayia Tellis ’21 free throws the Women of Troy were up 7-5 at the end of the first. In response to the late start, Tellis took control in the second with some drives, dishes and trademark defense putting the girls up 22-14 at the half.

To start the third quarter it was all Cora Saunders ’20 as she knocked down back to back threes to extend West High’s lead going into the fourth up 44-49. Saunders was back in the fourth with another three making up her nine points on the night. Throughout the fourth, the Women of Troy took control of the tempo to win 56-48.

Matayia Tellis ’21 led in scoring with 18 points and after multiple 20 point games, Audrey Koch ’21 followed shortly behind with 14 points on the night.

Going into the winter break the Women of Troy will be back in action next year on Jan. 4 against Xavier. 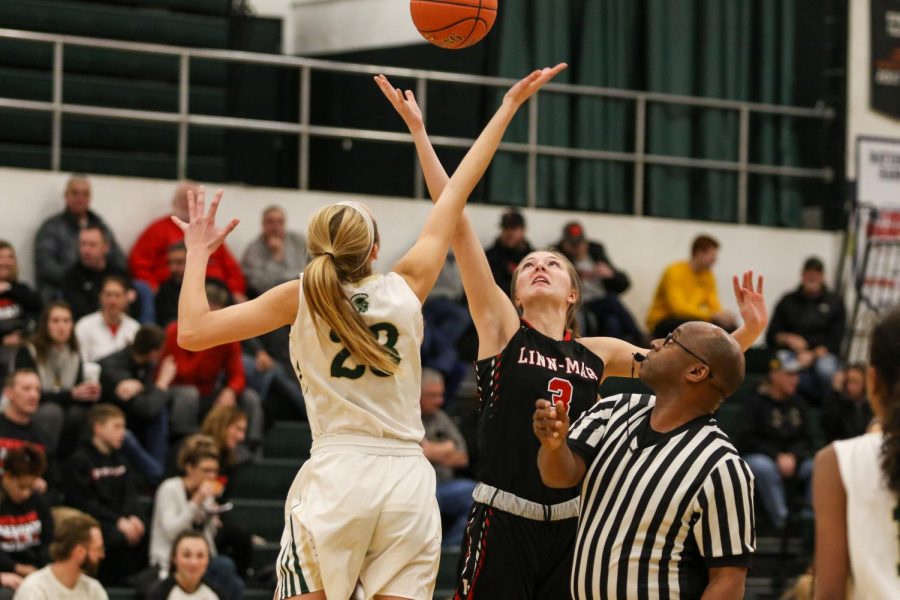 Boys dominate the paint in win over Linn-Mar

After picking up their first loss of the season against Dubuque Senior on Tuesday, the boys basketball needed to get back on track. Steve Bergman’s team produced two good days of practice, and it didn’t take long before they were back in the winning column. West High’s boys basketball team won 53-40 against Linn-Mar on Dec. 20.

Knotted at six early in the first quarter, the Trojans, with help from a Nick Pepin ’20 three and a couple of easy lay-ins from Even Brauns ’20, were up by eight at the end of the period. Another Pepin three and control of Linn-Mar’s John Steffen ’20 on the defensive side put West up 22-16 at the half.

To start the third quarter it was raining threes as Marcus Morgan ’21 and Nick Pepin ’20 both knocked down outside shots to extend the Trojan lead to 31-19. Christian Barnes ’22 and Joe Goodman ’20 held the Linn-Mar offense in check with yet another well-played defensive game for them both.

To put the game away six-foot-nine Even Brauns ’20 slammed home back to back dunks going into the fourth up 44- 30. The start of the fourth quarter felt like deja vu as Linn-Mar started to climb back, but Brauns wasn’t done yet. With 3:56 left to play he powers through the double team for another impressive dunk to push the Trojans past Linn-Mar 53-40.

Brauns led the team in scoring and finished with 19 points only two points ahead of Nick Pepin ’20 who scored 17.

West High moves to 4-1 and will be back in action on Jan. 3 as they travel to Cedar Rapids to face off with Xavier. 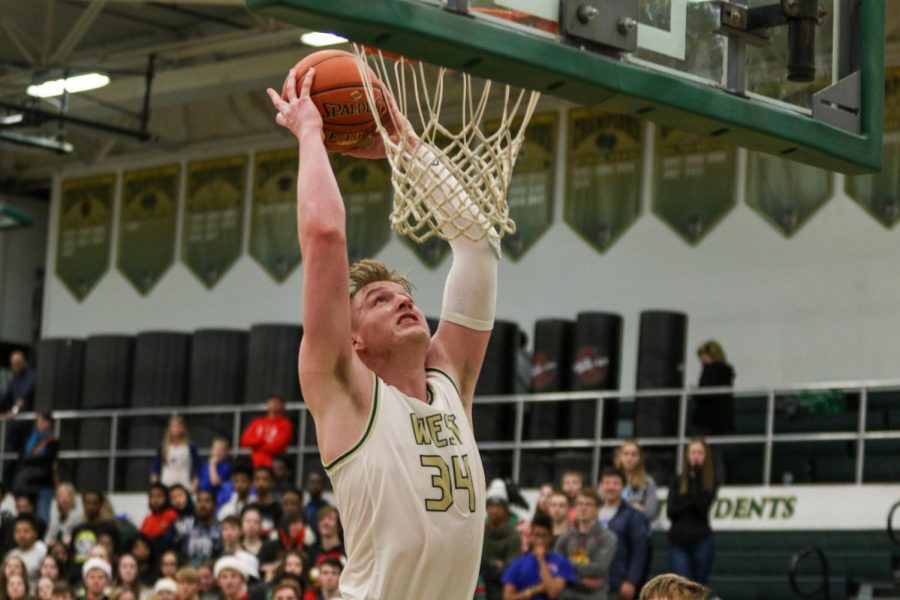 Gallery|23 Photos
Owen Aanestad
Even Brauns '20 goes up for a dunk against Linn-Mar. Brauns open enrolled at West at the end of his sophomore year in order to be eligible for his junior and senior seasons.
Leave a Comment