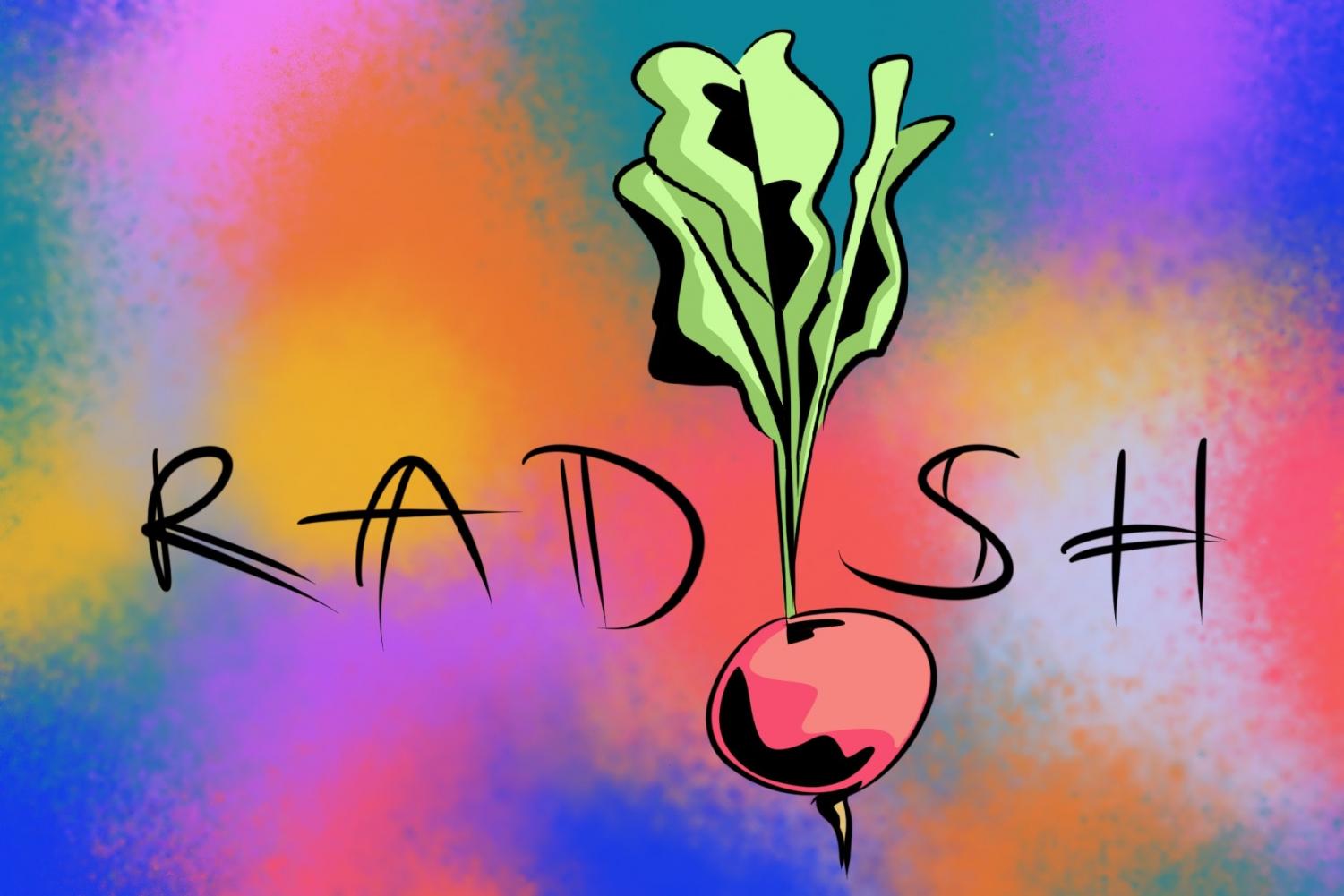 WSS’ satire series is back for its third installment. (Amy Liao)

WSS’ satire series is back for its third installment.

The third installment of WSS' satire series. (Again, this is SATIRE, so please do not write to the editor.)

Do it for the ‘Gram

Since the pandemic began, social media activism has increased dramatically among West High students, especially on Instagram. With just a click of a button, a user can repost others’ content on their account for their followers to view. Many have taken to covering topics they are passionate about, including the COVID-19 pandemic and the importance of social distancing. While the posting of this information is hypothetically beneficial to all, reposting with minimal effort can have detrimental consequences.

“Yeah, like, I mean, I read the stuff I post, like, maybe sometimes,” said Emma Chore ’23. “To be honest, I just repost something if it has a nice color palette to it. I’m really going for that chill-girl-who-is-also-an-activist type look right now. For me, it’s aesthetic first, information second.”

Many Instagram users have emphasized the importance of social distancing on their stories, but their feeds tell a different tale — one of not taking preventative measures seriously.

“Wear your mask luvs, XOXO,” said Hipaa Critt ’21 in a recent story post. “PSA: We are still in the middle of a pandemic. Don’t be the jerk that keeps us from graduating in person.”

Critt considers themself a strong advocate for change in their community and frequently reposts information about the severity of the virus and how to mitigate its spread. They believe these posts are making a positive impact on their followers.

“I like using my platform to share important messages and encourage people to be good, especially when it comes to COVID-19 stuff,” Critt said.

When examining Critt’s feed, however, the majority of their recent posts consist of them at several large social gatherings. No masks were worn in the photos.

“I only took off my mask to get a good photo,” Critt said. “My friends and I only had them off for what, maybe 15 minutes tops? We just had to get a post-worthy pic.”

The question of performative activism remains: are users reposting content to spread awareness or just to gain social standing? Evidently, the answer is unclear. Meanwhile, national COVID-19 cases have topped 16 million, a number that continues to surge as the weather becomes colder.

Word broke yesterday that the Secret Service has begun to formulate a plan to forcibly remove Donald Trump from the White House come Jan. 20. A whistleblower released “Operation Field Trip” on Twitter, where it was retweeted over 2 million times, much to Trump’s dismay.

“This plan is an absolute HOAX,” Trump tweeted late last night. “I just spoke with the Head of the Secret Service, a very dear friend of mine, and he confirmed that this is another LIE from the LEFT!!! #TRUMP2020 #4MOREYEARS.”

Secret Service officials declined to comment on the report, which came in at around five pages. It contained a detailed plan to evict the president should he refuse to leave on his own accord. Agents would lure him out of the Oval Office with the promise of a McDonald’s Happy Meal and a golf outing. Once they get Trump on a Southwest flight disguised as Air Force One, they would then fly towards Mar-a-Lago where Trump would be escorted to the greens. Next, agents back at the White House would change all of the locks and toss his belongings in a heap outside the front gate. A detailed list of all of his belongings was part of the report and includes “TRUMP 2020 VICTORY” merchandise that will never see the light of day, a surplus of MAGA hats, a dartboard with Speaker of the House Nancy Pelosi’s face taped to it and a copy of “Fascism for Dummies.”

Democrats were very relieved to see that the Secret Service would stand up to Trump, but even more thrilled were White House staffers.

“I am so grateful that we won’t have to deal with him anymore,” said one anonymous staffer. “His table manners were horrible, and he treated us like servants. I have a master’s in political science, not ordering McDoubles.”

The country remains on edge about the results of this year’s election, as Trump has still not admitted defeat. As January approaches, only time will tell if Secret Service intervention will prove necessary.

As COVID-19 positivity rates surpassed the acceptable 15% threshold, the ICCSD announced all students would transition to the online learning model, effective Monday, Dec. 9. Unfortunately, the district had already paid for school buildings’ heating and electricity costs for the next period, and without students or staff in the building for the next two weeks, thousands of dollars would go to waste.

“We really didn’t expect this to happen,” said Superintendent Matt Degner. “I mean, how could we have known we would have to go online this winter?”

To make the building regulation costs worthwhile, the district decided to offer custodians a complimentary stay in their respective buildings for the two-week period.

“We wanted them to have a bit of fun, you know?” Degner said. “After all, with the pandemic, sanitation standards are higher than they were before. They deserve a fun break from the stress.”

After discussion amongst Degner and his colleagues, custodians were granted full access to all building amenities, so long as they wore a mask and socially distanced while inside. With the suspension of hybrid classes, many West High custodians are not sure what to do with all of their newfound free time.

“I don’t know what I’ll do first,” said custodian Janet Orr. “Maybe use the secret trampoline room in the gym? I’ve been eyeing it since I started working here.”

While some custodians are using their two-week vacation to explore West High’s facilities, others are using it to pursue their passions. The five-member theatre troupe “Just Clean It!” is allegedly putting on a production of “The Crucible” the weekend before school resumes, and one custodian will play the piano during intermission.

Overall, Degner and his team view this initiative as beneficial for their custodial staff and hope that it will act as a vacation from pandemic-related stress.

“I wish we had these breaks more often. There is so much fun stuff to do at West,” said custodian Walter White. “Just don’t ask me what I’ll be doing in the chemistry rooms.”

The end of the world

The warnings of Republicans and centrist Democrats finally came to fruition this past week. Their constant anti-socialist rhetoric was taken seriously by some and a simple political difference by most — until the onset of the apocalypse. Reputable political commentators, such as Ben Shapiro, widely agree that newly implemented leftist policies are to blame for recent catastrophes.

The American public finally took a chance on progressives in the most recent election and immediately lived to regret that decision.

“We were excited to finally have a platform to carry out all of our policies,” said Sen. Bernie Sanders.

Republicans were outraged at a progressive majority and formed an unprecedented coalition with the centrist Democrats to try to prevent leftist policies from taking effect.

“I don’t like working across the aisle, but I’ll do anything to stop communists from ruining America,” said Sen. Joni Ernst.

Despite the best efforts of the GOP, the progressive majority was too strong this election cycle. Upon taking office, democratic socialists made strides to implement universal healthcare, decriminalize drugs and improve social programs alongside higher minimum wage.

Trouble first began with the decriminalization of drugs, which led to a massive spike in recreational use practically the instant that federal legalization went into effect.

“Essentially what we saw is hard-working Americans being corrupted and turned into dirty hippies,” said House Minority Leader Kevin McCarthy.

Things only declined from that point on because of universal healthcare. Since everyone was able to go to the hospital for no charge, citizens flooded in for checkups, lollipops and “Paw Patrol” stickers. The system was overloaded very quickly, and since no revenue was being produced, hospitals all over the nation closed down. Pharmaceutical companies, who were forced to sell their drugs at market value, went bankrupt and shut their doors.

The final nail in the coffin for the U.S. were social programs and a higher minimum wage. Many people chose not to work because they could easily and readily collect welfare.

It was sort of an ‘I-told-you-so moment for us’ because everyone just became a lazy drug addict.”

“It was sort of an ‘I-told-you-so moment for us’ because everyone just became a lazy drug addict,” McCarthy said. “We don’t have hospitals anymore either. I had to go to Canada to have my appendix removed.”

With the economy in shambles, it was hard to think things could get worse, but then a new drug hit the streets. It is colloquially referred to as “cannibal cannabis,” a new strain of marijuana that slowly turns anyone who touches it into a mindless, zombified animal. So many people had become recreational drug users that an estimated 70% of the country ingested the new substance.

“If we could have treated those affected I think we would have seriously contained the outbreak, but they just had to have their universal healthcare system,” said McCarthy.

As of now, 32 states have been completely overrun by zombie outbreaks and several countries around the world have begun to have smaller epidemics. Experts recommend people stay indoors when possible and avoid anyone exhibiting violent behavior and those dressed in marijuana paraphernalia. 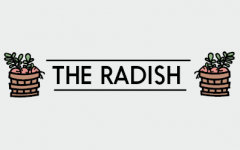 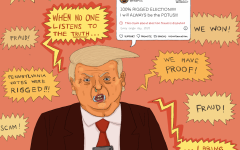 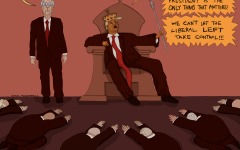 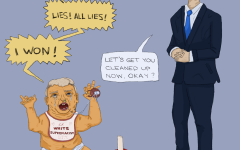 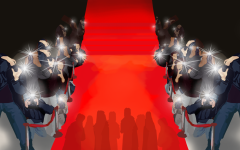 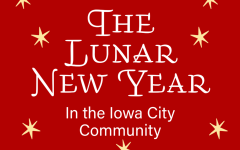 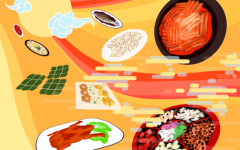 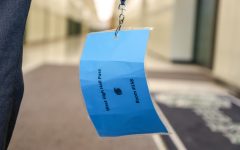 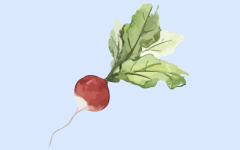 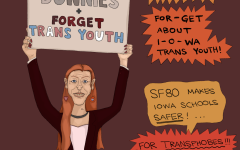 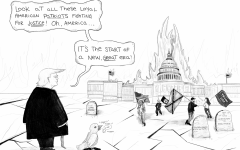 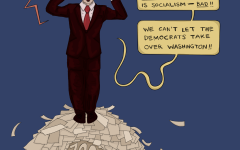